Chief of the Mohegan Tribe

Research Roundup: Data Expansion Bolsters Trove of COVID-19 Data
June 23, 2022
Asked and Answered: All of Us and What it Means to All of You
June 15, 2022
New Funding Opportunity: All of Us Research Program Seeks Engagement and Enrollment Partners
June 1, 2022

Dr. Malerba became the eighteenth Chief of the Mohegan Tribe on August 15, 2010, and is the first female Chief in the tribe’s modern history. The position is a lifetime appointment made by the tribe’s Council of Elders. Dr. Malerba follows in the footsteps of many strong role models in the Mohegan Tribe, including her mother, Loretta Roberge, who holds the position of Tribal Nonner (elder female of respect), as well as her great-grandfather, Chief Matagha (Burrill Fielding). Prior to becoming Chief, she served as Chairwoman of the Tribal Council and served in tribal government as Executive Director of Health and Human Services.

Preceding her work for the Mohegan Tribe, Dr. Malerba had a lengthy career as a registered nurse, ultimately as the Director of Cardiology and Pulmonary Services at Lawrence + Memorial Hospital. She earned a doctorate of nursing practice at Yale University and was named a Jonas Nurse Scholar. She holds an honorary doctorate from the University of St. Joseph in West Hartford, Connecticut, and a master’s degree in public administration from the University of Connecticut.

Dr. Malerba published “The Effects of Sequestration on Indian Health Funding” in the Hastings Center Report in 2013 and authored two chapters in American Indian Health and Nursing (edited by Margaret P. Moss, Springer Publishing Company) in 2015.

Dr. Malerba lives in Niantic with her husband, Paul. They have two adult daughters, Elizabeth and Angela, and a granddaughter, Taylor. 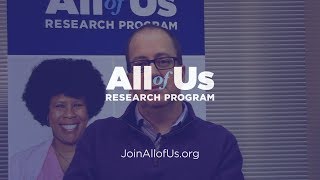